You are here: Home / News

In 2015, the project Ecodelta was initiated by Van der Kamp, a Zwolle-based dredging company and Conoship International. Ecodelta is a trailing suction hopper dredger which consumes liquified natural gas (LNG). This one of a kind dredger has two main objectives: recover valuable material from the seabed and create a greater depth of water. The vessel has a length over all of 134.10m, the breadth moulded 21.40m, a dredging draught of 7,770m, a hopper volume of 5900m3, a dredging depth below baseline of 35m and a Gross tonnage of 7560 GT. The ship has been designed by Conoship International and has been built by the Frisian shipyard Barkmeijer. Today, January 11th, the vessel will be christened. Conoship International congratulates Van der Kamp with reaching this milestone and thanks them for the pleasant cooperation throughout the project. Conoship International is very proud of the result and wishes the Ecodelta and her crew many safe journeys.

Van der Kamp has signed a contract with the Port of Rotterdam Authority, in order to perform maintenance of port of Rotterdam until 2023. The final goal is to become the most sustainable port by replacing the fuel oil with LNG for shipping. Another advantage of LNG is cost-efficiency. The LNG tank of approximately 300m3, can store an energy which can be used in a period of two weeks.

Ecodelta is already meeting the upcoming regulations for emission reduction that will come in force in 2020. The usage of LNG reduces the emissions of CO2 up to 20% and NOx up to 85%. In addition, SOx is reduced to zero.

Since 2017, Conoship has been developing the eConowind-unit which is used to reduce emissions and fuel consumption. The unit has two foldable VentiFoils which create a superior thrust. Two, four or six units can be fitted on a vessel. In the case of two eConowind-units on a vessel with 5000 ton cargo, it is expected that the average fuel savings and reduction of emissions will be between 10 to 20%. The first trials of testing at sea have been successful and the results are promising. Therefore, Conoship International makes a big step towards emission free shipping.

Conoship strives to add more value to the development of new as well as future equipment which will decrease the ecological footprint. In this manner, the organization advocates the philosophy of a global citizenship by initiating a forthcoming transition to the usage of more renewable energy systems. As a result, Conoship has launched and is involved in several research projects for alternative fuels. In the next years, Conoship will present designs for a fleet that will be able to fulfil any foreseeable future demands, up to zero-emission. 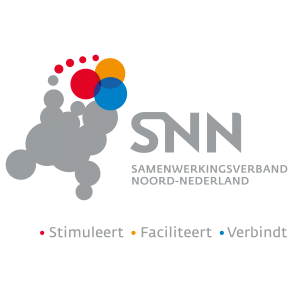 The potential of methanol as alternative marine fuel:

As member of the LeanShips project Conoship International plays a great role in the research of the possibility to use methanol as a marine fuel.

With its simple molecule, methanol has great potential to become the future marine fuel as it is safe to handle, environmentally friendly and can be produced from a large number of available raw materials from natural gas to biomass.

Conoship International already has a wide experience with assessments for conversions on existing ships but we also developed several new ship designs where the use of methanol as main fuel has a central role. These designs are made for new builds that will be powered with methanol as main fuel from the build or are easy to convert from one type of fuel to another.

Beside the technical part Conoship International has also developed a great Economic Assessment Tool. With this program several combinations of ship types, voyages and used fuel can be analyzed to compare alternative fuel options and to get an optimal prediction of the cost and returns for these scenarios.

No sulfur and low NOx > near to zero emission.

Still liquid under ambient circumstances so easy and safe to transport and store.

Dilutes in water so no environmental harm in case of spills.

Already adopted within the provisional rules and regulations of Lloyd’s Register.

Widely available all around the world.

With methanol as a fuel you are in compliance with Tier III regulations without any further aftertreatment.

Methanol has a very small ecologic footprint as it can be produced from a variety of renewable sources.

Conoship International will keep on investing in new designs and knowledge and we are ready to help you with questions about new solutions for your future ship propulsion.

In the summer of 2017 Conoship’s research and Consultancy department was assigned with the conversion design study for an icebreaker vessel (originally also designed by Conoship International) to a luxurious explorer super yacht. On basis of the owners and Icon Yachts’ wishes and demands we provided a technical general arrangement plan together with a positive advice for the technical feasibility of the refit.

Together with Icon Yachts architects we fit the needs and class of a luxurious explorer yacht into an existent icebreaker/maintenance vessel within current rules and regulations and modern technical demands. Keeping the characteristics of the ship, resulting in a modern yacht like no other.

With the owners and Icon Yachts’ approval we are proud to announce that Conoship Internationals naval architects proceed with the refit of this conversion. Carrying out the basic design including rules and regulations study (large yacht code 3 and polar code), construction, arrangements drawings and HVAC design and integration Conoship International has proven again to be a design and engineering company with great expertise in a wide range of vessels.

For more information about other refits, luxury yachts, explorer vessels, cruise vessels, other vessels or research and consultancy in the maritime industry, please check our ships or contact us at sales@conoship.com.

With the launch of the new website: www.econowind.nl, eConowind takes another step in the promotion and development of Wind-Assisted Ship Propulsion with the eConowind-unit, for which a 12m full scale prototype is under construction.

The eConowind unit is a product of eConowind: a Dutch based company, daughter of Conoship International and HCP. The development of an economical Wind-Assisted Ship Propulsion-unit that can easily be applied on new and existing vessels was initiated by Conoship. The resulting eConowind-unit is a combined effort with eConowind BV and an important step to realize Conoship International’s vision on a future of emission-free shipping. That goes beyond the IMO 2020 goal to reduce the future fleet CO2 output.

The development of the eConowind-unit is supported by the European Union and the three northern Dutch counties (SNN) with the VIA funding for regional development.

For further details about the eConowind-unit please visit the new website at www.econowind.nl or visit our presentation on the latest VentiFoil developments in the Natural Propulsion seminar on Wednesday May 30th in the BlueWeek 2018 in STC in Rotterdam.

Conoship International has a strong focus on research & development and the application of R&D-results in innovative ship designs, improving efficiency related to aspects like fuel efficiency, cargo hold, lowest EEDI, CO2 output minimisation and more. We have initiated and are involved in several research projects for alternative fuels, to enable shipping to remain the biggest and one of the greenest players in future transport.

Multiple eConowind-units can be applied on a ship, leading to expected average fuel reductions up to 25%, but this is only a small part of our vision on the fleet of the future. Later this year we will present our designs for a fleet that will be able to fulfil any foreseeable future demands, up to zero-emission.

During the Breakbulk Europe 2018 exhibition in Bremen, Germany from Tuesday 29th of May until Thursday 31st of May 2018, Conoship International offers a special a Preliminary Concept Design for a dry cargo vessel for only € 9,750.00 excl. VAT

Come and visit us during the exhibition at our booth (hall 4, stand 121) or send us an email to breakbulk2018@conoship.com to subscribe for this special offer.

From Tuesday the 29th of May till Thursday the 31st of May 2018 the Breakbulk Europe 2018 will take place at the Messe Bremen in Germany. We are pleased to announce that Conoship International will be present at this exhibition. We would like to invite you to visit our booth (Hall 4 – Stand 121) during the trade fair and meet our vessel design specialists.

Breakbulk Europe is the Europe’s largest exhibition for the project and breakbulk industry, for Conoship it will be a unique opportunity to present the company at the centre of one of their key markets. During the complete exhibition our team will be available to discuss your demands and future vessel design.

Only six months after the office renovation in 2015, Conoship International expands their office on the fourth floor of the Northern Trade Center building in Groningen. Half of the northern wing, initially meant for engineering projects, was fully occupied for the next eighteen months. Eventually Conoship decided to renew the complete northern wing and expand their office to the full top floor of the building. This expansion resulted in an office space of approx. 800 m2 , with a design department and an engineering department, where the potential is to (re-)arrange this office space by project teams relevant to our projects.
The expansion of the office space is an appropriate action of the continuous growth of Conoship in the last four years to about 40 employees at this moment.

The 134 m long dredging vessel, fuelled on LNG left the safe boundaries of the dry dock facilities at Delfzijl and was successfully launched last Friday, March 9th 2018. She safely hit the water and soon she will towed to the port of Harlingen were the complete outfitting will take place. Conoship International wants to congratulate Baggermaatschappij Van der Kamp and all suppliers involved, with this milestone.

Already in 2013 Conoship started with a feasibility study for a TSHD fuelled on LNG for Van der Kamp resulting in a contract early 2016 for a complete basic design and engineering package following the detailed construction engineering, including piping routing. The vessel complies with the IMO tier III rules and regulations set in 2020 and belongs to one of the first dredgers on LNG. After the delivery her working location will be the port of Rotterdam for harbour maintenance, until at least the year 2023.