You are here: Home / About us / Our heritage 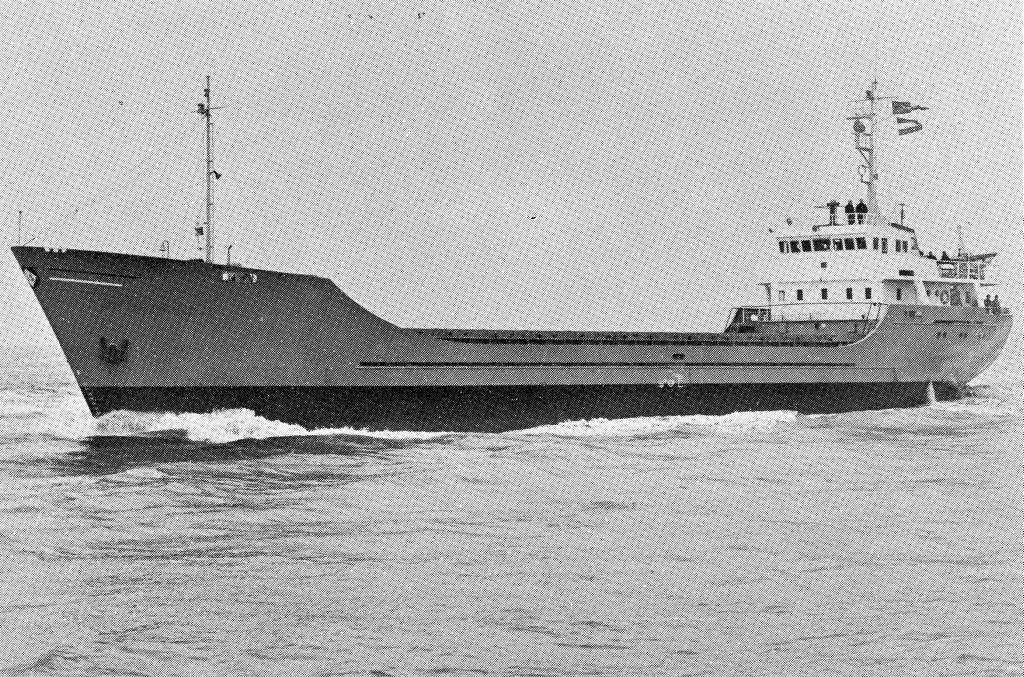 In 1952 Conoship International was founded as a central design and purchase office for a group of Northern Dutch shipyards. Today we are an independent company and our activities have expanded and we provide designs and services to shipyards and ship owners from all over the world. This year, 2022, marks our 70th Anniversary in the maritime industry. 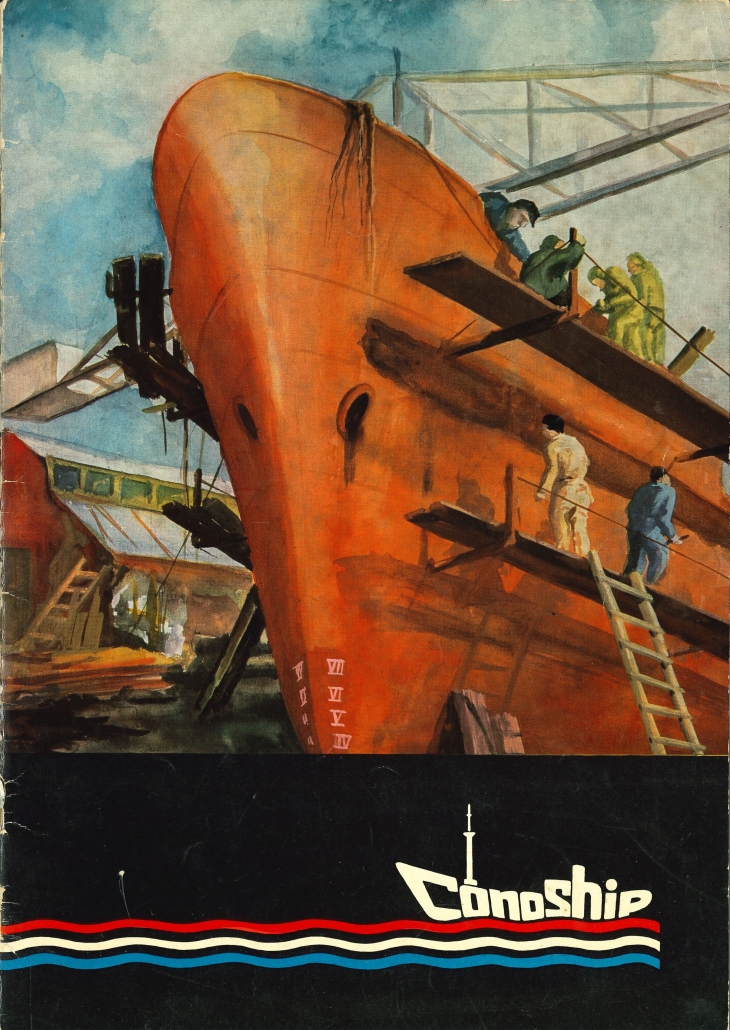 The exact date (or even year) of establishment is actually unclear; various documents mention different dates. In the Conoship Bulletin of October 1977 the year 1952 is considered to be the ‘year of establishment’. It reads as follows: “The oldest record we can find of Conoship in the making dates from 2 September 1953 when nine directors of shipyards met in “de Faun” in Groningen, on the initiative of Mr T. Barkmeijer in Hoogkerk, to jointly process an application for one hundred coasters (which later turned out to be only 20) on behalf of Indonesia, which became independent only a few years ago. However, it is a fact that already a year before, support was sought and partly obtained from and by the shipyards belonging to the Shipbuilding Association “Hoogezand” but which were not members of the “Noordergroep”, to deal with important requests and/or export orders in a co-operative manner. That is why we can trace the initial activities of what was later to become Conoship back to the autumn of 1952, i.e. 25 years ago now.”  … 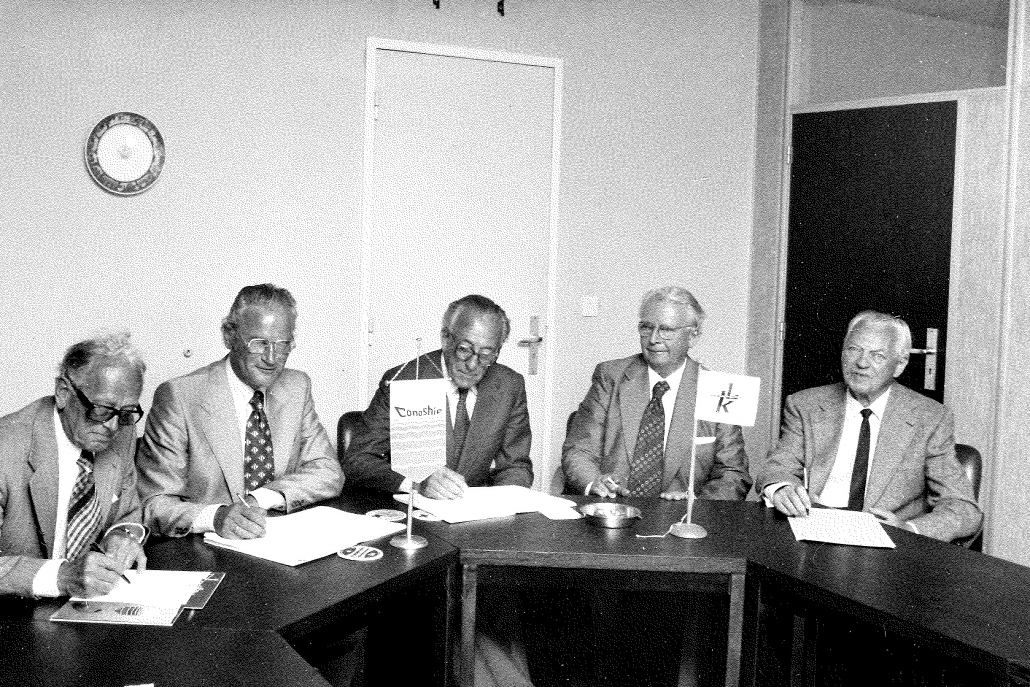 The organization is further formalized in 1965 by the establishment of the Cooperative Purchasing Association Coopship.  “At the end of 1965 the decision was already taken to house all of Conoship’s departments in the Oosterhaven premises and to appoint Mr. Planting (…) as director of the entire organization.” according to the the report of the 12-year anniversary. 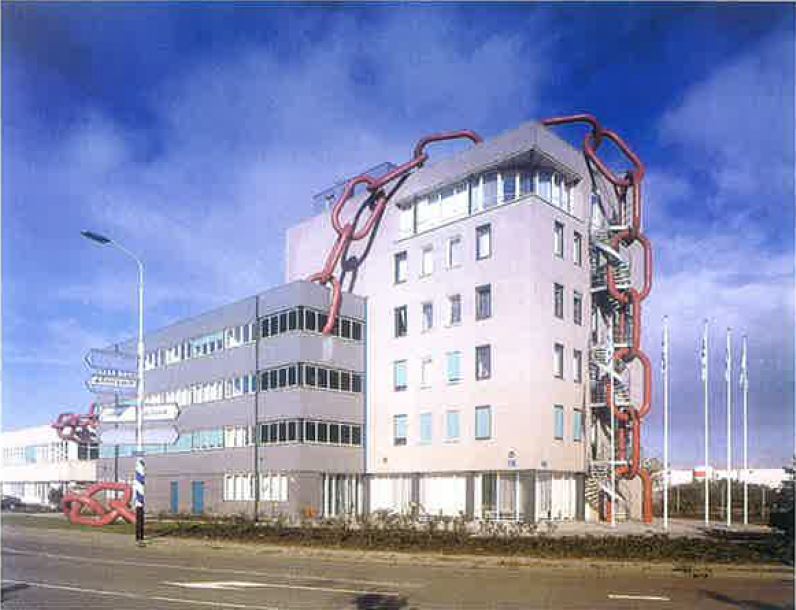 “The cooperation within Conoship also led to the members deciding to set up a joint workshop where shipbuilding steel could be centrally pre-finished. On April 13, 1973, Centraalstaal was established in Groningen. Here the construction drawings were made, after which all parts were coded in order to be cut by computer-controlled flame cutting machines. The shaping of plates and profiles was also carried out here, so that the shipyards received all parts completely pre-processed and coded as a kit per section.” (source: 150 jaar Barkmeijer) 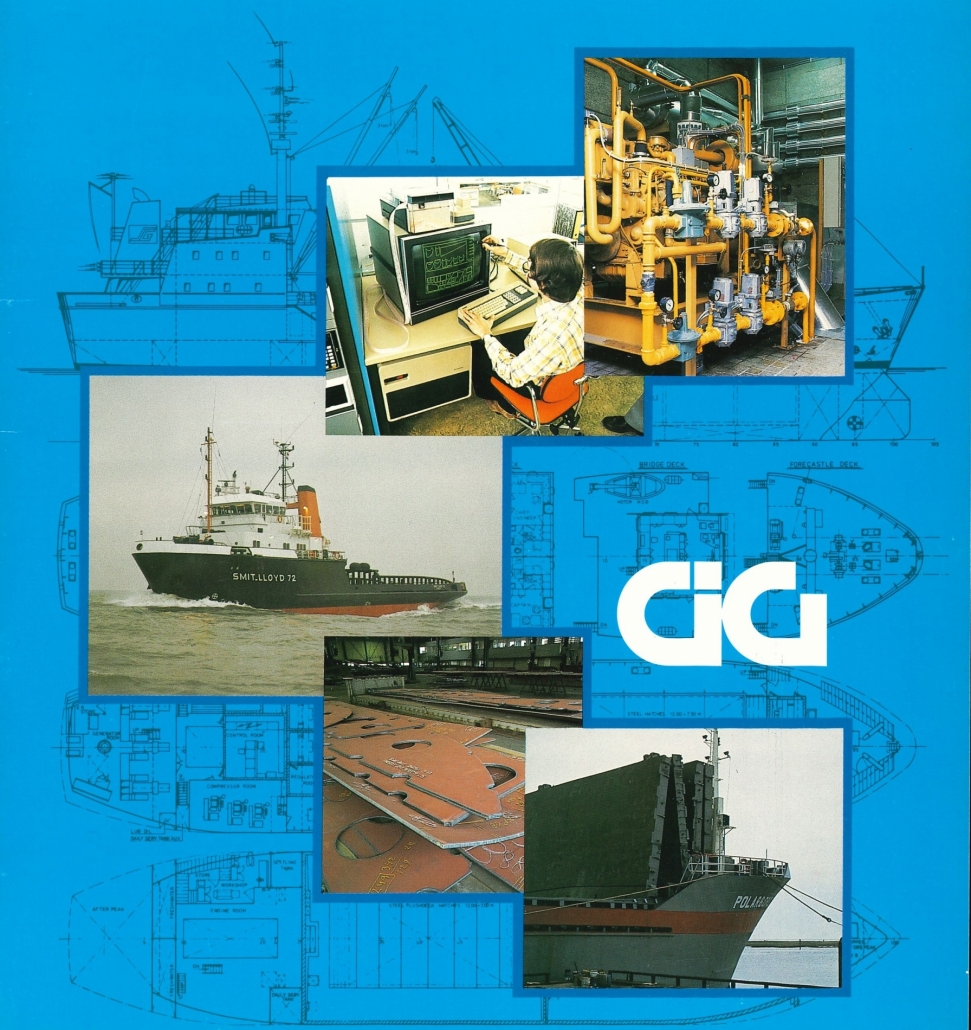 Out of Centraalstaal the successful Central Industry Group – CIG – was created through expansion and broadening of activities. However, their fifth year was tough due to the world wide recession as can be read in the annual report: “1982 was our fifth year of operation. The world economic situation has changed greatly in this period. Since mid 1982 the economy has weakened and this situation has not changed.  The poor order position for shipbuilding has been felt worldwide, and not only in Europe. In Japan, for example, the order book fell from about 10 million tons in 1981 tot 4.8 million tons in 1982; however Japan still has more than 50 percent of the world’s shipping orders. Korea, with low wages and government subsidies, can build ships for about 35 percent less that Japan or Western Europe. As a result it has risen from the 70th place in world shipbuilding to 2nd place in ten years. It is our policy to improve the quality of the order book through our joint approach to the highly-competitive market.” 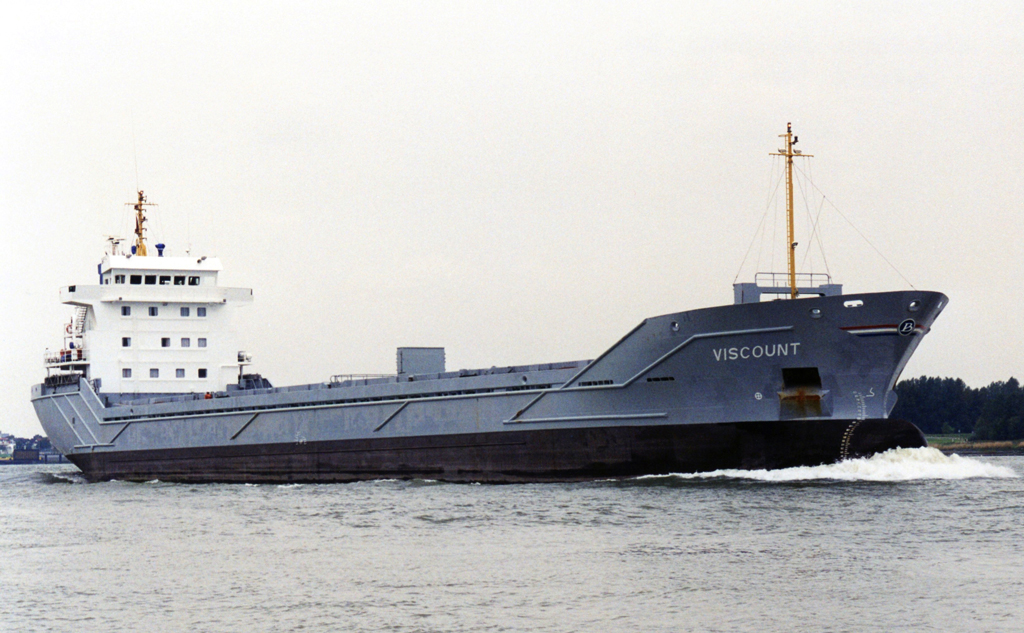 “Forty vessels, mostly 90 to 160 meters length, were delivered last year by the associated shipyards of Conoship International. By joining forces in Conoship, the shipyards were very successful in obtaining repeat orders for their multi-purpose dry cargo vessels. The vessels were presented in different variants: geared/not geared, with or without ice class, and sometimes also a bulker version.” according to the Conoship Newsletter of 1998. “A perceivable trend in the market is the growing deadweight. Niestern Sander Shipyards joined Bijlsma Shipyard and Frisian Shipyard Welgelegen by delivering its first vessel with a breadth exceeding 16 metres. This ship was named Viscount. The three shipyards are therefore capable of building vessels wider than 16 metres.” 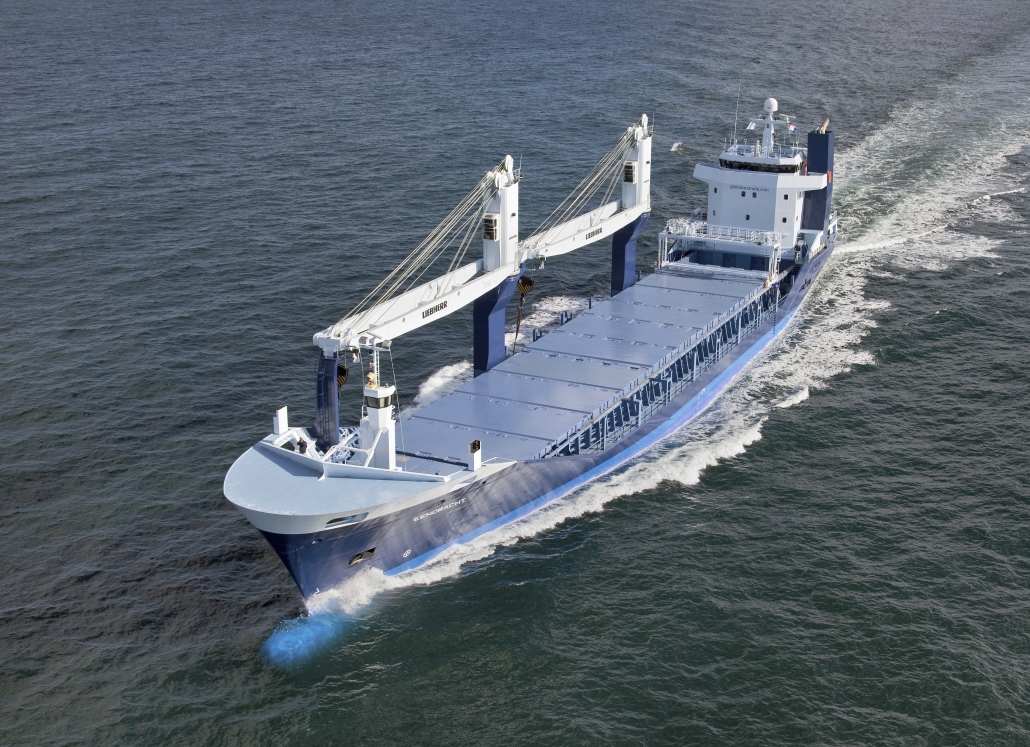 In this decade Conoship sets a new course as is explained in its periodical Newsletter: “Due to the diminishing number of member shipyards (10), CI has implemented a change of business policy. Since the beginning of January 2004, the company has also started to work directly for shipowners and other maritime and logistic players, as well as for a limited number of other shipyards, both in the Netherlands and abroad.” This new policy results in Conoship creating with and for Hartman Marine BV the design of their new dry cargo ship. In 2007 this vessel, MS Deo Volente, was rewarded the KNVTS ‘Ship of the Year Award’. The dry cargo ship has very special qualities and meets specific demands. Considering different travelling distances, speeds and fuels, despite the increasing daily and fuel costs, the fast ship proved much more efficient in terms of net proceeds per pay. The vessel is in service since January 2007 and the operational capabilities and vessel economics have proven to be above all expectations. 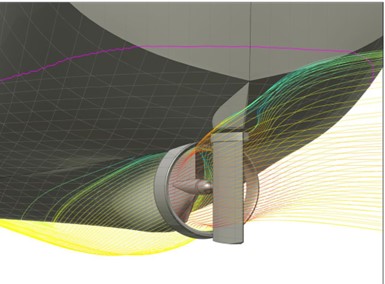 Starting with the development of the ConoDuctTail in 2012, this decade is fully dedicated to further improving fuel efficiency through research and development. Other noteworthy events are winning the KNVTS Maritime Award in 2015 for Walk to Work vessel Kroonborg and in 2019 for the eConowind-unit. With the ConoDuctTail the propulsive efficiency is maximized by optimizing an aft ship shape with a duct, a nozzle and a propeller with a large diameter. The optimized ducted-tunnel design results in a considerable reduction of fuel consumption and emissions. Based on the statement “a changing offshore world demands an innovative vessel” Conoship developed for, and in close cooperation with Royal Wagenborg and Royal Niestern Sander a new type of specialized offshore support and maintenance / “Walk to Work” (W2W) vessel, named Kroonborg. The eConowind-unit is an easy-to-mount unit to enable wind assisted propulsion for existing and new cargo ships. Market introduction started in 2019 and several ships are now sailing with it, achieving fuel savings of 20 to even 50%. 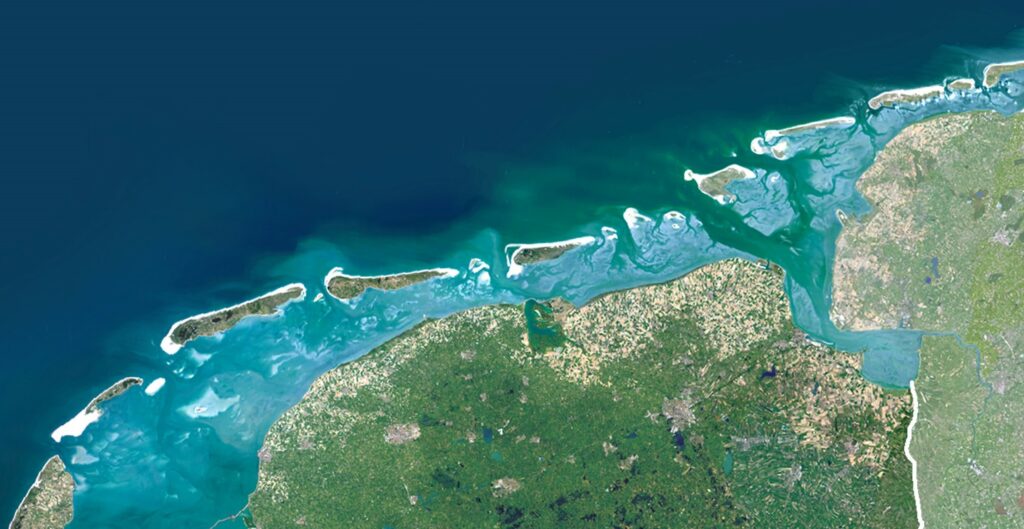 The main focus of this decade will be the global energy transition and making shipping more sustainable. With our long history in the design of fuel efficient ships and a proven track record in the development of emission reduction measures for ships, we have a mission: provide the shipping industry with practical solutions for low emission or zero emission ships.

Do you have a challenging idea? Contact us to discuss what we can realise for you!

What can we do for you?

You can reach us by phone on working days or send us an email or message with the form below. We will get back to you as soon as possible.